My wife and I were lucky enough to see Adele the first time she came to America, shortly after her first album “19” came out. The show was at the Roxy on May 21st, 2008, it was awesome. Adele wasn’t very well known at that time, but word was spreading fast.

Anyhow, we stayed after the show and met Adele, who was delightful and real. When I spoke to her I told her she would win a Grammy for “19”, to that she exclaimed “Oh stop!”  There was a girl there who had us take a photo with Adele. I suppose she never had a camera. Anyhow, I’ll post it here in the off chance she is still Googling the “Adele Show at the Roxy from May 21st 2008” looking for that image. Without further ado. 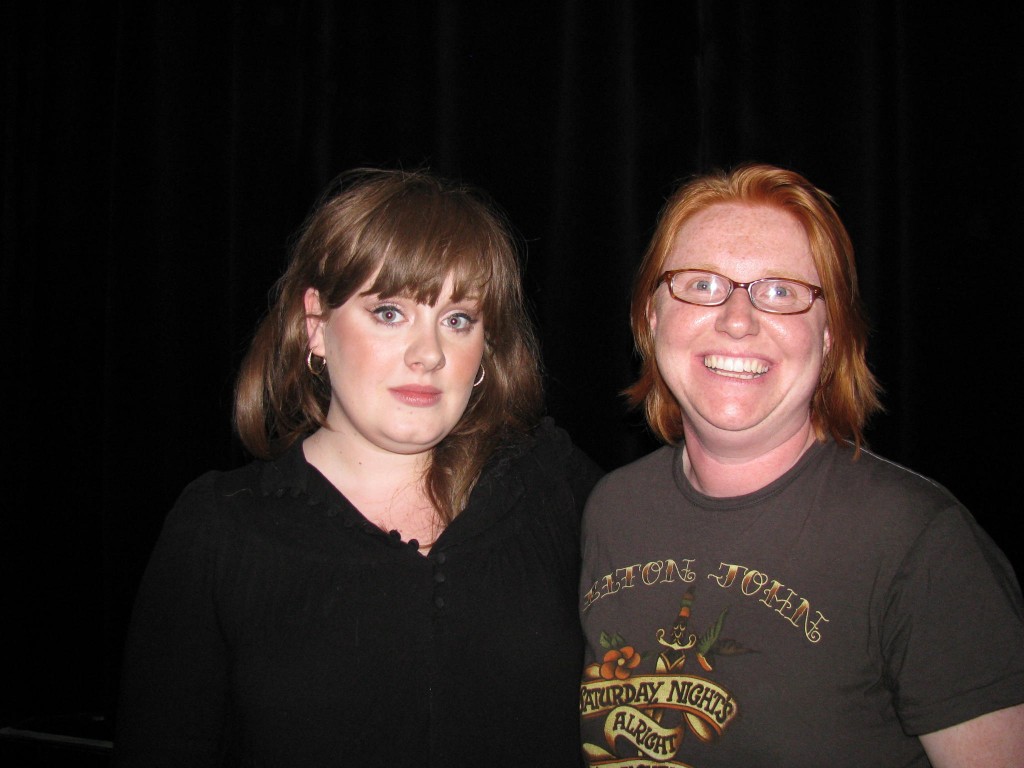 Adele with unknown fan at the Roxy May, 2008, Los Angeles, CA