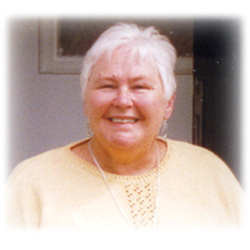 Saturday marked the one year anniversary of my mother Evelyn’s passing. There’s not a day that goes by that I don’t think about her.  When I wake up in the morning, I can remember her voice and the countless messages she would leave on my answering machine checking in on me. During times when she had no phone, she would drop all of her coins into a phone box located down the hill, it was a phone box I would eventually drive past with my wife when we came over to visit. That’s how she was. She had a heart of gold and would give you her last penny if she loved you.

We saw many sides of Evelyn in her final years. I am choosing to remember her laugh, and those wonderful phone calls where she had such wisdom for me. I’m learning to stand on my own now.

It’s been a difficult year

I’ve fallen off the wagon taking care of my health. For a while there I was doing good, but news of Mum’s death threw me into a spiral of recklessness.  I became very isolated, comforting myself with food. For months I thought about dying in the same manner she died. I thought about death a lot. I thought about the big machine of the medical system and how we can all get pulled into it, but eventually realized Evelyn was in very good hands in her native Ireland, probably much better hands than I would be here in the United States. Work was something I used as a diversion and so I kept busy through 2016 and now well into 2017.

While this was going on Stephani was fighting her own battle, taking care of her ailing Grandmother who late last year fell and injured her leg, losing mobility.  She spent considerable time these past few years visiting Nana, taking care of her, and it has been such an incredible challenge for her.

The sun brings a new opportunity to heal

I wake early every day, prioritizing exercise and immersing myself in a good podcast or audio book. We’ve been ordering Blue Apron dinners and eating healthier.  We are both feeling happier and healthier. Dad and I recently reconnected and it has been nice speaking with him again. I hope to convince my brother that blood is thicker than water.

I’m learning that life isn’t about what you have, it’s who you have in your life, and how you spend your time enjoying it.  I will live the remainder of my days honoring my Mum and living a life she could never have.  She paid a great price to give it to me.