Stephani met me when I was in my early 30’s and by then my hearing loss had started to manifest its self, mostly in social settings, where I had started to retreat from loud environments.  She puts up with a lot. It must be tough having to repeat yourself constantly.    My hearing loss is profound in my left ear, and partial on the right. If I can control my environment, sitting in a particular seat in relation to a gathering I am more comfortable, however, if I end up with someone to my left, event with my cross-aid hearing aids, it can be a real challenge understanding what is being said to me.   The other thing is misunderstanding things completely if I am not wearing my hearing aids.

This video was published on the Phonak “Hearing Like Me” site.  It encapsulates a very upbeat version of what life is like for a hearing impaired or deaf person vs. what it is like for the hearing person.   I think reality is somewhat less rosy than this lovely picture, particularly when you balance things like the stresses of traveling with a hearing impaired individual, anxiety and confusion with other emotions like pride or fear of humiliation.   If I could put my life experience into one sentence it would be “bashing through it, one day at a time”.   I’d give anything to have my hearing back, honestly I would.

So, what has your experience been? If you are similar to us, what is life like for you?

Ricky Gervais is a funny man.   Watch this video and try to not laugh.. Impossible. 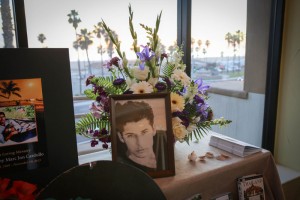 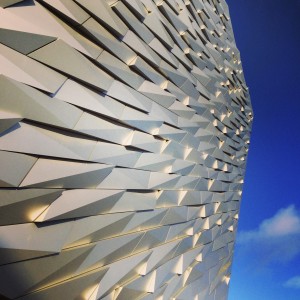 I’ve been in Ireland with Stephani for about 10 days visiting family and exploring the parts we missed out on last time. The last time we were in Ireland together was 2008 and our visit involved a day trip to Dublin and return train to Belfast five hours later, so this time we made sure to book ourselves hotel for five nights so we could thoroughly explore.

On the first part of the trip, we stopped in to setup my Mum on broadband, her first experience using a computer in the form of an iPad which I am hoping she takes to. While in Belfast we went to PRONI (Public Records of Northern Ireland) to lookup information on my great grandfather who had worked in the shipyards, taking part in the build of Titanic in the early 1900’s.  We also got to see exactly how large Titanic was, walking the marked off concrete on the exact location of the former dry dock. 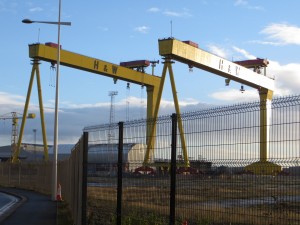 In Southern Ireland, our friends Mark and Jill flew over to take us for an amazing day trip to the Glendalough Valley where we explored an ancient village and wonderful nature walk in the crisp Irish air.  My head feels much clearer from it.

So, we are sitting in Heathrow waiting for our flight to begin boarding so we can make the last leg of the trip home and get back to our work-rest-play-work-rest-work routine.   I’d like to spend more time visiting Ireland and England to see more of where I grew up and find out more about my family origins.